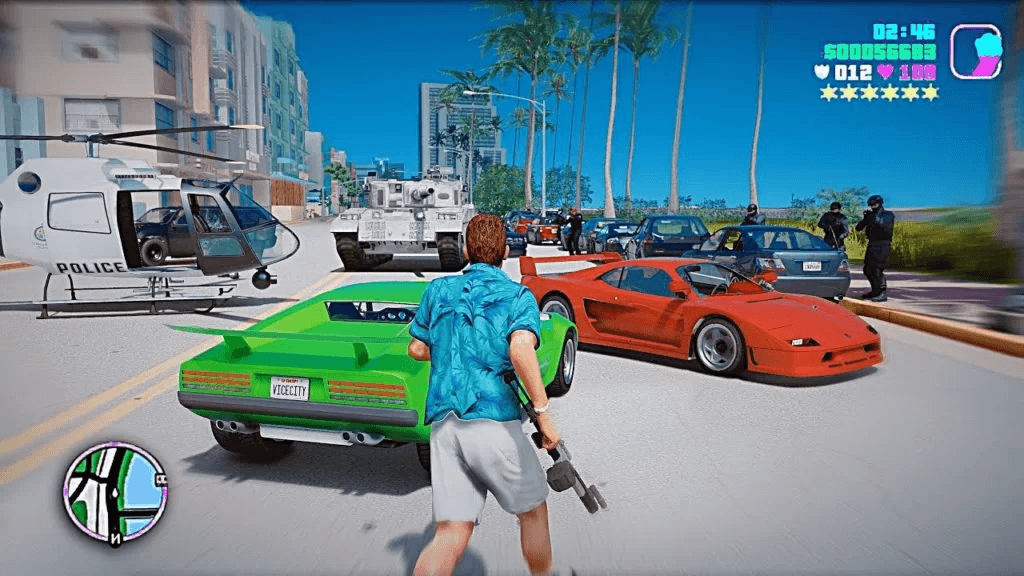 The craze for games is on another level, and almost everyone owning a PC or a mobile phone is most likely to play games on it.

However, if you own a budget-end PC or a smartphone with low memory, then it may be hard for you to find games that meet the purpose.

There are low-memory games that you can play on your PC and smartphone even if you do not have much memory space left.

If you have been searching for the best low space memory games for your PC and smartphone, then your search ends here.

This article has listed some of the best low-space memory games that you can play on your PC and smartphone.

Given below are a few low space memory games for PC, that you can go for-

SimCity 3000 is a city simulator game that allows you to build a city of your own. You can build buildings, roads, offices, whatever you like and the way you want to. You own the city, and you are the king of it.

The game works fine on a low-end PC with quite low storage. The minimum requirement to run the game is to have Windows 98 or greater and at least 450MB of free storage on your PC.

With such minimum requirements, this for sure is one of the best low-space memory games for your PC.

If you like playing tactical games, then you will for sure like playing Into The Breach. The game is all about strategy building, the challenges you will face, and the tactical environment.

The best part about playing this game is that it is a low-end game requiring not-so-hefty specs. The game takes 200MB of your storage which is not too much; even many software takes more.

Slither.io is a game for both PC as well as smartphone. There is a web version of the game, and also the app is available for Android phones and iOS phones.

You can head to the website of Slither.io, so it will not take up any of your space if you are playing the game on PC.

In this game, you will have to take control of a worm and navigate it all around with the help of your mouse. You will have to eat up other worms to make your way to the top.

However, this may not be as easy as it seems to be because you will have to ensure that the head of your worm doesn’t touch the body of other worms.

Another popular low-space memory game that you can go for is Shovel Knight. Shovel Knight is an Indie fighting game that involves adventure and action.

The game has quite appealing graphics, considering the memory it acquires. Shovel Knight is a PC game that will only acquire 250MB of your free storage on your PC.

Despite being a low storage game, the game is fun to play and quite engaging. Not only this much, but the game is free to play. You can download the game for free and install it on your PC.

War Wind II is another low-space PC game that you can get on your PC. The game works on Windows XP, Windows Vista, Windows 7, Windows 8, and all the later versions of Windows, including Windows 10 and Windows 11.

The game is based on war and you will have to make your own strategy to win the game.

Given below are a few low space memory games for your smartphone, that you can go for-

If you are a fan of a driving simulator, then you will love Dr Driving 2. The prequel of this game, i.e., Dr Driving, was quite a popular game amongst android users, but the sequel is also quite popular.

The best part about this game is it is a low space memory game that you can install on your phone.

You can download the game from the PlayStore and install it on your phone. Dr Driving 2 is less than 25MB, making it fall into a category of low space memory games for smartphones.

ZigZag is another low space memory game that requires less than 50MB of your smartphone storage.

You are given a ball in this game, which you will have to navigate by tapping your thumb and driving the ball across the screen.

You will have to secure the ball from falling off the edge. If the ball falls from the edge, the game is over.

The game is simple to play, and even kids like playing this one. If you are looking for a simple yet appealing game, then ZigZag is a game you should try.

Another game that you can go for is the Skiddy Car. In terms of gameplay, it is quite similar to ZigZag. You will be placed in dangerous tracks from where you will have to drift your vehicles.

You will have to drive the car by tapping on your screen. You can get newer cars for the coins you collect throughout the race track.

It is a colorful game, which can be quite interesting if you are looking for quick play games. It is because the tracks you will be placed on are small in length, so you can always play short sessions of the game whenever you want to.

If you love puzzle games, then you can go for 2048. You will find many similar games when you search for them on the application store on your device, but its name comes from the 2048 puzzle.

In this puzzle, you will have to slide, add two numbers, and go on until you have 2048.

You will have to ensure that there are empty blocks for you to move around. If no empty blocks remain at the end, then the game is over.

This game is based on you running a sushi restaurant. Your task is to send delicious sushi that you have prepared to the tables of the customers sitting.

But that’s not all, as there will be several obstacles you will have to pass to get to your goal.

The visuals of the game are quite appealing despite the size of the game. You can download the game for both Android devices and iOS devices, and it won’t consume much of your phone’s storage.

You can play the games we have listed if you are worried about running low on space.