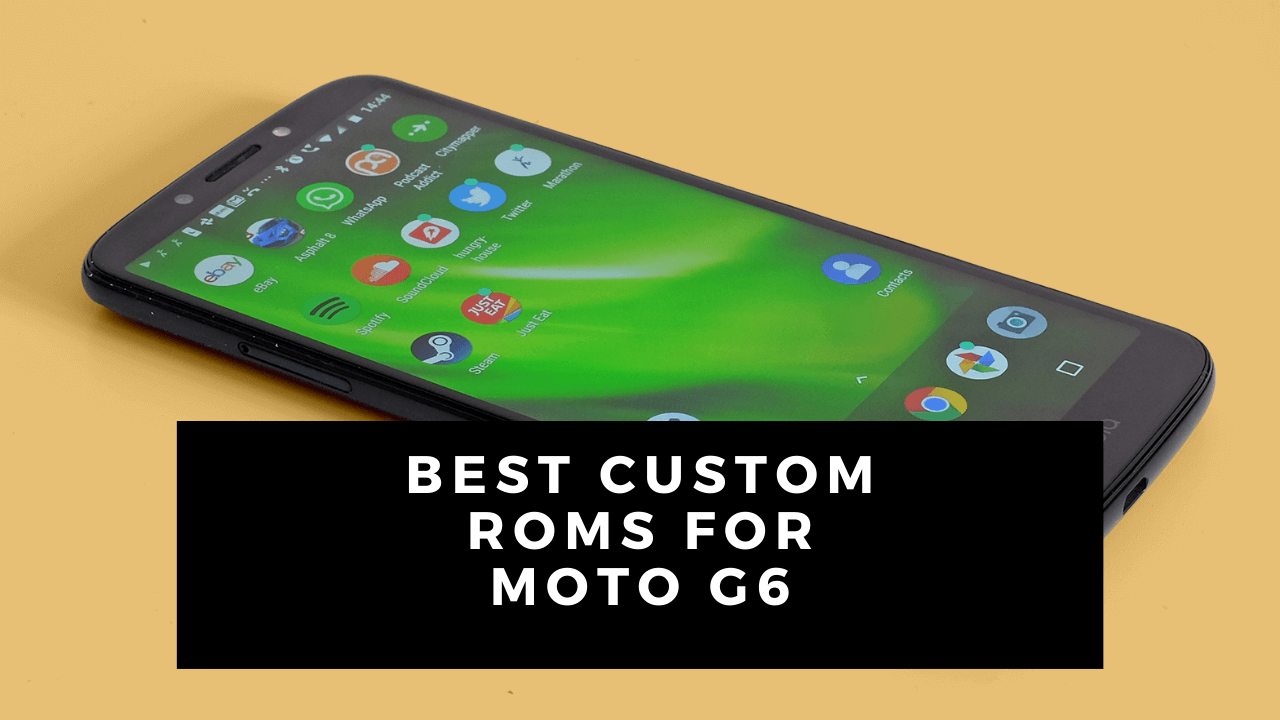 It is worth noting that Motorola released the Moto G6 smartphone a few years back and it is known that midrange smartphones don’t have the greatest software support out there.

After just a few years of providing updates to the phone, Motorola stopped updating their popular Moto G6 but thanks to the Android community, you do not have to switch phones.

Because Android devices support Custom ROMs which are after-market ROMs that get maintained by developers not supported in any way by the manufacturers who built the device.

It is known that with these custom ROMs, you will be able to get the experience of Android 10 and even the latest Android 11 update on your device and make it brand new once again.

Note that before flashing a Custom ROM on your device, it is always recommended to charge your device to at least 50% battery level or higher and take a full backup of your data since data might get lost during the flashing process.

The reason we are giving you this information is to let you know that if you see any custom ROM with Ali mentioned, you can rest assured that it is compatible with the Moto G6.

You can spend hours in order to tweak each and everything on the phone after flashing the ROM and believe me, you will still miss a few things to customize since they are so many options.

In order to flash the custom ROM, you need to follow all the instructions mentioned in the XDA thread which we have linked down below.

The main reason is that as the name suggests, this ROM tries to give you a pixel-like experience and it does the same very well. Basically, when you flash the Pixel Experience ROM on your device, you will feel like you are literally using a Google Pixel device.

A few ways Pixel Experience ROM gives you that experience are due to its integration of wallpapers, ringtones, notification sounds, fonts and other details from Pixel phones.

ColtOS is an up-and-coming Custom ROM developed by an enthusiast for the Moto G6. We know that not many would have heard of ColtOS but we believe that this name would be heard in a few years’ time if the ROM is maintained regularly.

The developer of this ROM says that there are no bugs found inside the ROM as of now so you can flash it on your daily driver with ease.

Some features that are mentioned regarding this ROM are Customizable VoLTE icons, Themes, Advanced Power Menu as well as a feature called LongShot which is basically an extended screenshot.

Last but not the least, we have a big one for the Moto G6. We have Arrow OS which is also a new custom ROM in the market but the headlining feature of this ROM is that it is based on Android 11.

All the custom ROMs we have mentioned above are all based on Android 10 so this one is definitely a standout. It is also said that there are no known bugs on flashing this custom ROM as of now which means you can use this ROM on your daily driver.

If you want to enjoy the latest version of Android which is Android 11 on your device then you must flash Arrow OS on your Moto G6 and have a look.

If you are not happy with it, you can always revert back to the other Android 10-based ROMs that we have added to the list.