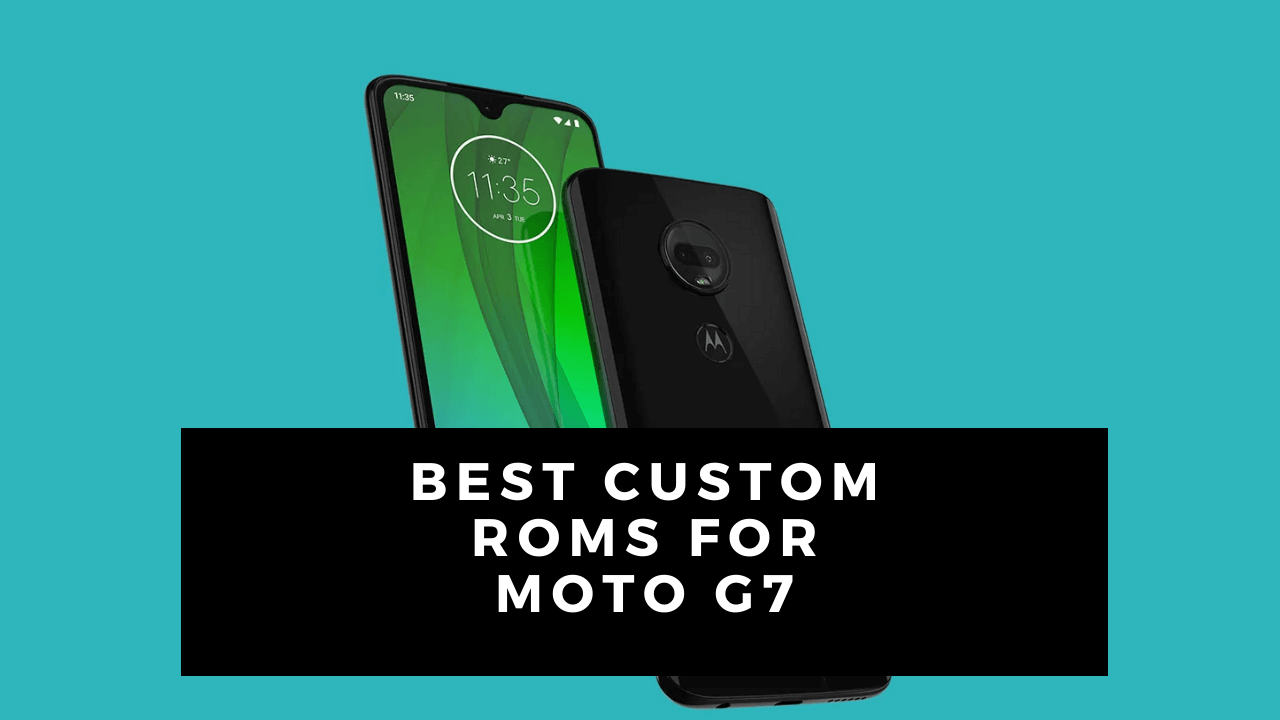 If you are like me, who is on the lookout for a stable and functioning Custom ROM for your Moto G7, then you are at the right place.

I have poured all my experience and hard work of finding a custom ROM for Moto G7 into this list.

This list has been created based on Android 11 ROMs that are available for the Moto G7. It is important to note that these ROMs are selected on basis of user feedback, update frequency, and stability and performance factors.

We assume that since you are here, you already know what Custom ROMs are but if you do not, Custom ROMs are not made by phone manufacturers but are made by independent developers and maintainers who are enthusiasts just like you and me.

Before flashing a Custom ROM, you have to make sure that your phone’s battery is charged above 50% but it is preferable to keep it plugged in.

Also, remember to take a full backup of your phone before flashing a new custom ROM because data might be lost during the flashing process.

And we will also link to the XDA-Developers forum page below each of the ROM so that you can read each ROM’s flashing procedure since they might differ in some ways.

Having said that, let us get started in finding out the best custom ROMs for the Moto G7, and let’s get flashing!

Before getting started with the list of best custom ROMs for Moto G7, we need to remind you that the codename for Moto G7 is River.

This means that if you see custom ROMs for River rather than Moto G7 somewhere, rest assured that they are for your device only.

With that said, let us get started with the list of best custom ROMs for the moto g7 which includes both Android 11 and Android 10-based ROMs.

We are definitely sure that you would have already heard of LineageOS. Well, they are the developers who took over the CyanogenMod project a few years back.

CyanogenMod was a huge hit when they launched their ROM inside the OnePlus One. However, they had to close development due to various issues and time management problems.

LineageOS team said that they will maintain the ROM and a few years later, LineageOS is as much popular as the CyanogenMod of old.

Talking about LineageOS, their LineageOS 18.1 ROM based on Android 11 is now officially available for the Moto G7.

At the moment, the team says that there are no bugs with this ROM so you are totally safe to use this ROM on your daily driver.

Havoc OS is another popular custom ROM for Android devices and the good news is that Havoc OS has been officially developed for the Moto G7 which means you can get Android 11-based Havoc OS ROM on your device and enjoy the customization features.

One thing to note about Havoc OS is that it is based on AOSP which means it will be very close to the ROM that you get on Google Pixel devices. The developers say that this custom ROM now has a “refined Material Design 2 UI” in the new update.

Next, up in our list of best custom ROMs for Moto G7 is the upcoming Custom ROM named the Styx Project 1.2 Athena.

This custom ROM is also based on Android 11 and its developer says that the custom ROM is built to “subtly enhance the beauty of stock android” but mentions that the great things about AOSP such as its performance, smoothness, stability, and neatness will remain intact.

But that does not mean we are short of any other quality custom ROMs because we have Android 10-based Custom ROMs. One among them is the CandyROM based on Android 10 for the Moto G7.

The Pixel Experience ROM needs no introduction in the Android Custom ROM world because it is one of those ROMs that was recently introduced but has made its mark very quickly in the industry.

People love the Pixel Experience ROM for the simple reason that it is based on AOSP and gives a near-to-stock experience and some even say that it imitates the feel of using a Google Pixel device.

Not only that, you get all the Google Pixel goodies inside this ROM such as the wallpapers, ringtones, fonts, boot animation, and launcher as well. There are no known bugs for Moto G7 right now so you can flash this ROM without any worries.

Well, that’s it. We believe that these are the best custom ROMs for the Moto G7 and you will not be displeased with any of them. Happy Flashing and we do hope that the process goes smoothly and you do not face any issues during the flashing process.

If you do, you can always comment down below and we will be glad to help you wherever you are stuck.