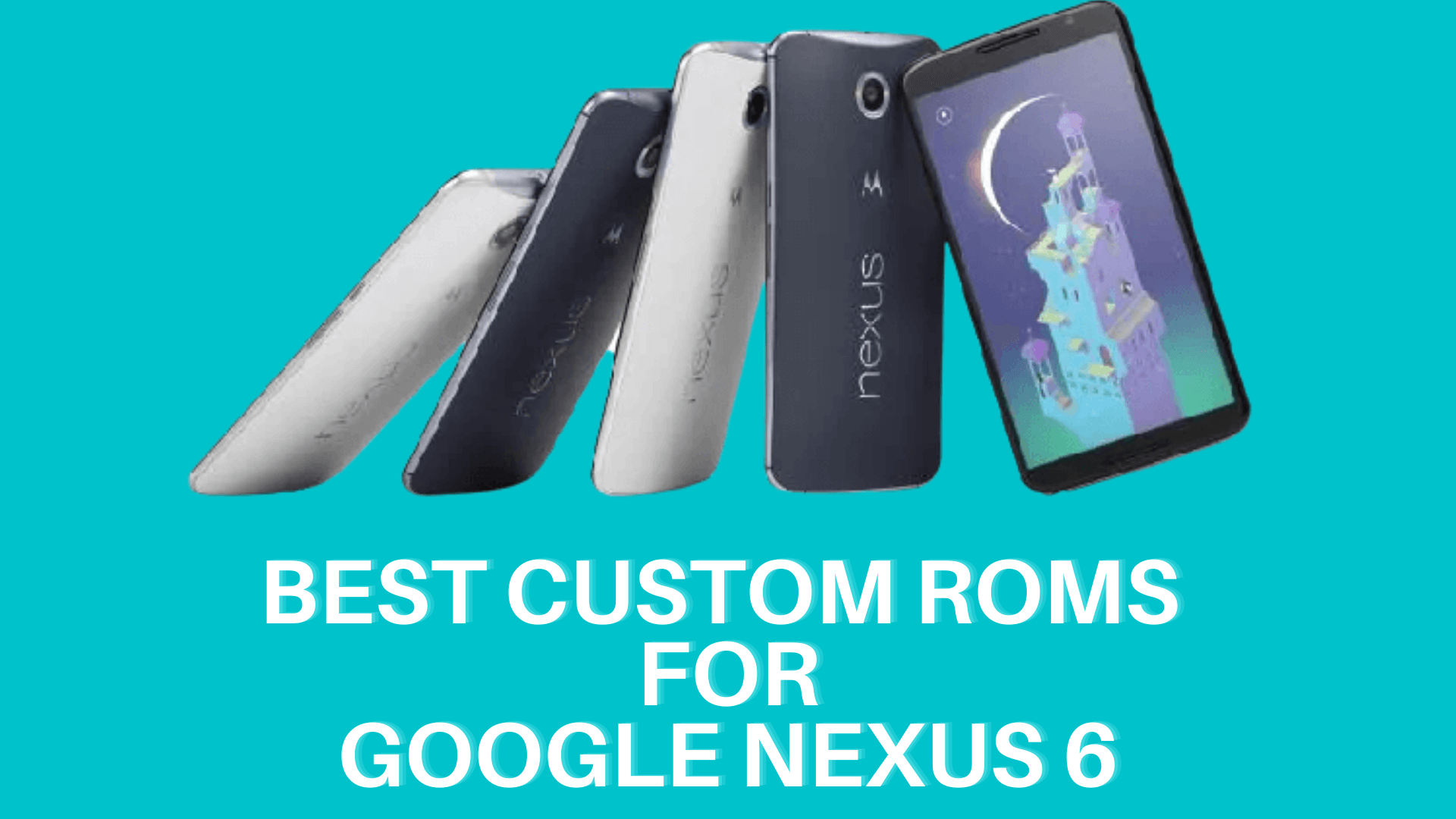 Nexus 6 was one of the most selling devices in the Nexus lineup. Out of the box it came with Android Lollipop, however, it was limited with features, which many users disliked.

Coming with stock Android and good on-paper specifications, the Nexus 6 is counted amongst the best devices launched up to date.

Do you own a Nexus 6 and looking for a custom ROM for the device? Well, finding one isn’t quite difficult.

If you are looking for a custom ROM for your Nexus 6 then you are at the right place. In this article, we will be discussing the best custom ROMs for Nexus 6 in 2021.

If you are looking forward to bring your old Nexus 6 into use, then you should probably look out for the Revenge OS. Revenge OS is a custom ROM with a unique look and well-optimized performance. Revenge OS is based on AOSP (Android Open Source Project) and inherits most of the features of stock Android.

Revenge OS does optimize the performance of your phone, and you are not limited to the features of stock Android which were already there in the Nexus 6.

Flashing the ROM will not only optimize the performance but the battery as well. If you are looking for something out of the box rather than just a stock Android experience, then Revenge OS is what you should go for.

The ROM is quite stable, and reliable for the performance it provides. This ROM is the perfect example of what you can call a lightweight ROM. The ROM does not bind you with the simplicity of the stock Android. If you are looking for more customizations and features on Stock Android, then Lineage OS is what you should go for.

The next custom ROM we have on the list is Havoc OS, which is known for providing a simple and clean interface to the device. The ROM provides optimal performance when flashed on your device. Being based on AOSP, most of the features are inherited from the stock Android.

Some of the features of the Havoc OS are animation customizations, tile shortcuts, compass, ambient display, gaming/reading mode, and various others.

CrDroid ROM is probably one of the most stable ROM out there. The ROM is designed to increase the performance of your phone significantly. The ROM brings more features to your phone than just pure Stock Android features, and that’s what the ROM is known for.

When it comes to security, CrDroid is one of the ROMs that one can rely on. Developers quite frequently release the update for CrDroid ROM which ensures well-functioning and adding of more features on the ROM. The ROM is based on Android 11, however, you can download previous versions of the ROM as well.

The last ROM we have on the list is Arrow OS, which surely is one of the best custom ROMs out there. The ROM is clean and simple. If you as a user are looking for a minimal ROM for your Nexus 6, then this is the ROM that you should go for.

That’s the end to our list of best custom ROMs for Nexus 6. Hope you like reading what we post. So what you are waiting for, go and flash the custom ROM on your Nexus 6, and enjoy.