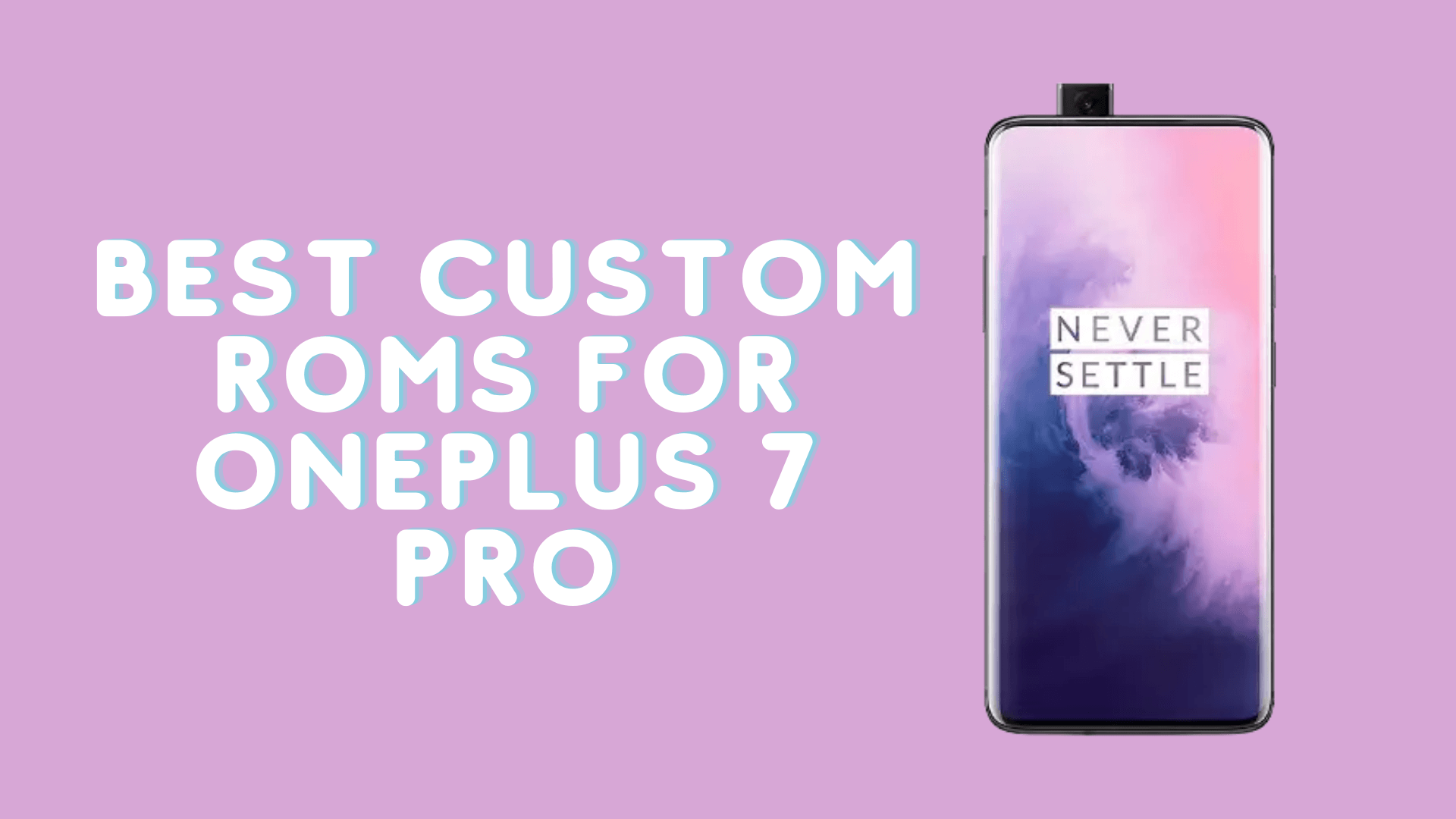 Android OS is open-source software and allows programmers to build custom ROMs on top of its AOSP source code. These Custom ROMs are freely available for use.

The Oneplus 7 Pro is one of the flagship phones released in 2019, and it runs on the Oneplus customized UI called OxygenOS, which is one of the cleanest and more refined custom skins available in the market right now.

Since OxygenOS is a programmer-friendly UI, you will get multiple tweaks, custom ROMs, and mods.

If you want to have a different experience while using your OnePlus 7 Pro, you can opt for custom ROMS. You will need to unlock your bootloader and have a custom recovery installed.

Must Read: How to Install Google Camera Port on OnePlus 7 and OnePlus 7 Pro

Havoc-OS is a relatively new but popular Custom ROM, and it is based on AOSP. It provides a similar look and feel to Pixel devices and based on Android Pie. This custom ROM is developed jointly by SKULSHADY and ZeNiXxX.

This ROM is material-design focused, and you can highly customize your phone from custom taskbars to quick settings, almost anything. This ROM is based on the famous Lineage OS ROM.

Users of Havoc OS have reported a noticeable boost to their smartphones, and the built-in pixel launcher with the app drawer is fast and responsive. The styles option lets you completely customize your phone’s theme. However, while performing heavy tasks, the battery drains faster in comparison to other Custom ROMs.

Many Custom ROMs come with customizability similar to Havoc OS, but Havoc provides users with stability and consistency. The consistency in providing regular updates, security updates, bug fixes, etc. It does not experience sudden crashes or reboots, and all the major bugs have been fixed until now, so this Custom ROM provides stability.

LineageOS is one of the most popular Custom ROMs and seems to be the go-to for many. This Custom ROM comes with many brilliant features that you can expect while using any LineageOS device.

This is, however, an unofficial build, and many features may not be available or working correctly. The Custom ROM includes custom stock apps and a system-wide dark mode. You can also increase your privacy due to the LineageOS Privacy Guard.

Lineage OS is the successor to CyanogenMod, which was very popular among Android users for its customization and nightly updates provided officially and some unofficial versions created by enthusiasts.

The Lineage OS 18.1 is based on the latest Android 11 and gives you multiple system apps with customization available for almost everything. This Custom ROM is perfect for people looking to dial down the number of proprietary Google apps and bloatware present in stock Android.

Pixel Experience is an AOSP based firmware that provides a similar experience to Pixel Phones. It offers a similar user interface, launcher, icons, design and theme. If you like the Pixel or Nexus themes and want your non-pixel device to have a similar look, you should try Pixel Experience custom ROM.

This Custom ROM is designed to give you a faster experience and does not come with many features or customizations. So, Pixel Experience is a no-nonsense custom ROM for your device. The Pixel Experience offers an experience similar to Pixel 4, and it has its custom kernel named Radio Active.

Radio Active boasts about better battery life than other kernels, and the Pixel Experience is completely debloated to keep your system memory clean. The performance is excellent. You can notice it while performing any heavy tasks like running multiple apps in the background simultaneously or playing a game like PUBG Mobile or COD Mobile at high graphics settings.

Paranoid Android is a popular Custom ROM that has been around for quite a while. It is a stock CAF that has some features and improvements.

This Custom ROM aims to enhance the existing features of Android and follow the design philosophies set by Google in its Android Open Source Project.

OmniROM has been around in the Custom ROM scene since 2013, and its developers were part of the CyanogenMod team, which became a commercial project afterward and discontinued.

OmniROM has kept stability as its primary focus and also given features such as full support for 90hz and three camera usage with portrait mode for the OnePlus 7 Pro. OmniROM also has an ambient display, off-screen gestures, and much more.

The Android Open Source illusion Project (AOSiP) is a custom ROM-based AOSP. The developers have focused on providing stability and quality with the latest features available.

AOSiP is feature-packed and optimized to increase your phone’s speed and performance while maintaining stability due to the fewer bugs found in this Custom ROM.

Renovate Ice is different from other custom ROMs and takes an interesting approach to Custom ROMs. Rather than installing over your system partition, Renovate Ice is flashed as a Magisk Module.

Renovate Ice replaces the existing applications and frameworks of your phone with its own. You can easily uninstall it by deleting the Magisk Module, although you have to ensure that your phone has OxygenOS 9.5.8 or later before installing this.

Bliss ROM brings a lot of customization options in addition to tweaks to increase performance. This Custom ROM is also available on x86 PCs. Bliss ROM has been in the Custom ROM race for some time, but it is not popular.

This Custom ROM allows you to customize settings and do performance tweaks offered in it. Bliss ROM provides regular security updates that come to AOSP while having a secure atmosphere across the OS.

Bliss ROM has not released the Android 11 versions, and the available versions are based on Android 10.

These were the best Custom ROMs for your OnePlus 7 pro to customize it according to your needs while giving it a performance boost since custom ROMs don’t take up as much space as stock Android, and they have less bloatware to clean up your phone’s memory and make t much faster than usual

link to Best Sites Like Chatroulette To Talk With Random Strangers

Enjoyed by over 4 million users daily, Chatroulette is the perfect way to pass time and communicate with people from all over the world. The popularity this platform gained can be compared to...

The EdTech industry is booming rapidly and several innovative platforms are being developed to make learning more advanced and convenient with technology. One such platform is Kahoot that...