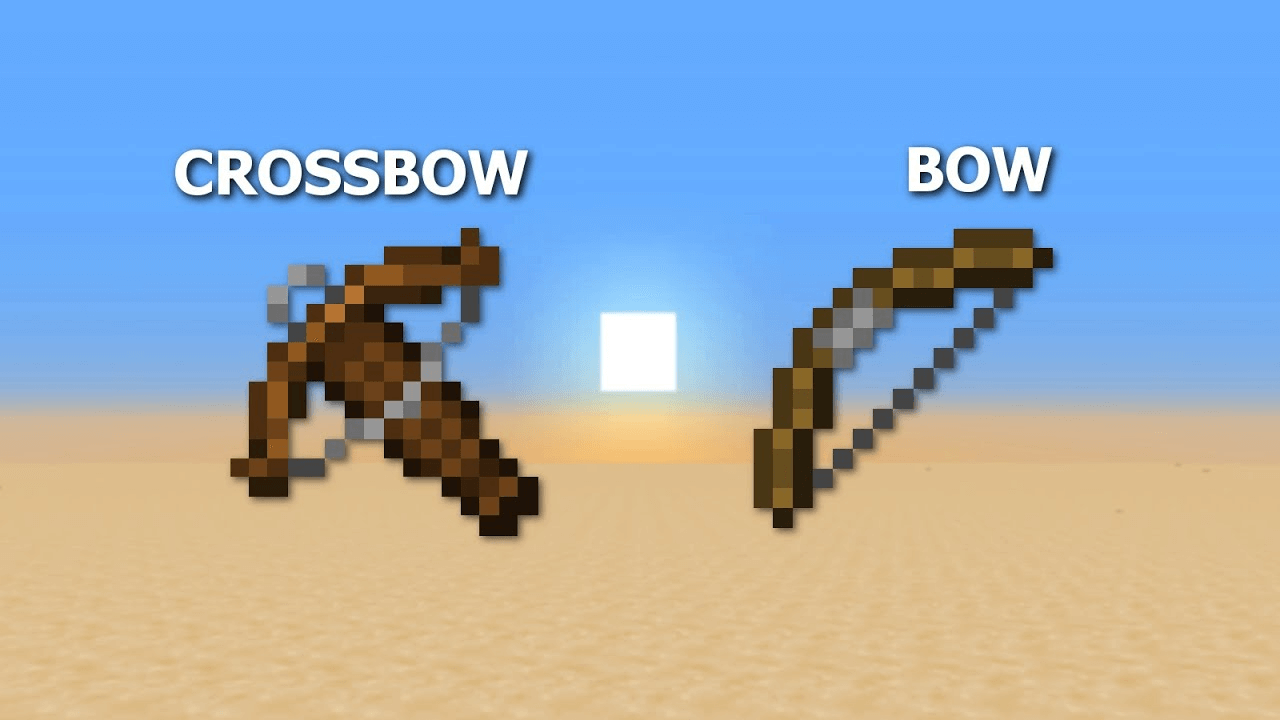 Minecraft is one of the most popular games amongst the Millenials which allows users to craft their things.

Minecraft allows users to choose between various weapons, out of which bow and crossbow are also quite popular.

Both the bow and the crossbow are good weapons that a player can have. Using these weapons, users can attack mobs from far away.

These two are the great range weapons in the game which gives upper hand advantages when fighting mobs in the raid.

Players can shoot dragons with them because these two are good ranged weapons available on Minecraft.

However, people do wonder that what is the difference between the bow and the crossbow as they both share almost the same name.

In this article, we will be telling the difference between crossbow and bow depending on the various factors including the damage, reloading, crafting recipe, and enchantment.

With multishot, players can shoot multiple arrows at once.

The quick charge enchantments reduce the amount of time taken by the crossbow to reload.

Similarly, with piercing, the arrow that is shot from the crossbow can pierce through multiple entities.

Talking about the enchantments of the bow, the bow has enchantments including infinity, power, flame, and punch, which is only exclusive to the bow.

With infinity enchantment, bows can shoot an infinite amount of arrows. Punch enchantment increases the knockback of the arrow.

With flame enchantment, you can shoot arrows with flames, and the power of enchantment increases the amount of damage given by the bow.

Crafting recipes of bow and crossbow are also different. Bow requires less material to get crafted than the crossbow, but that doesn’t mean that the crafting recipe is complicated for both.

That’s the difference between the bow and crossbow in Minecraft. Considering the above points, the crossbow is more powerful than the bow, but when it comes to simple crafting recipes and quick reload time, the bow is ahead of the crossbow. It depends on you, what weapon you want to go for.