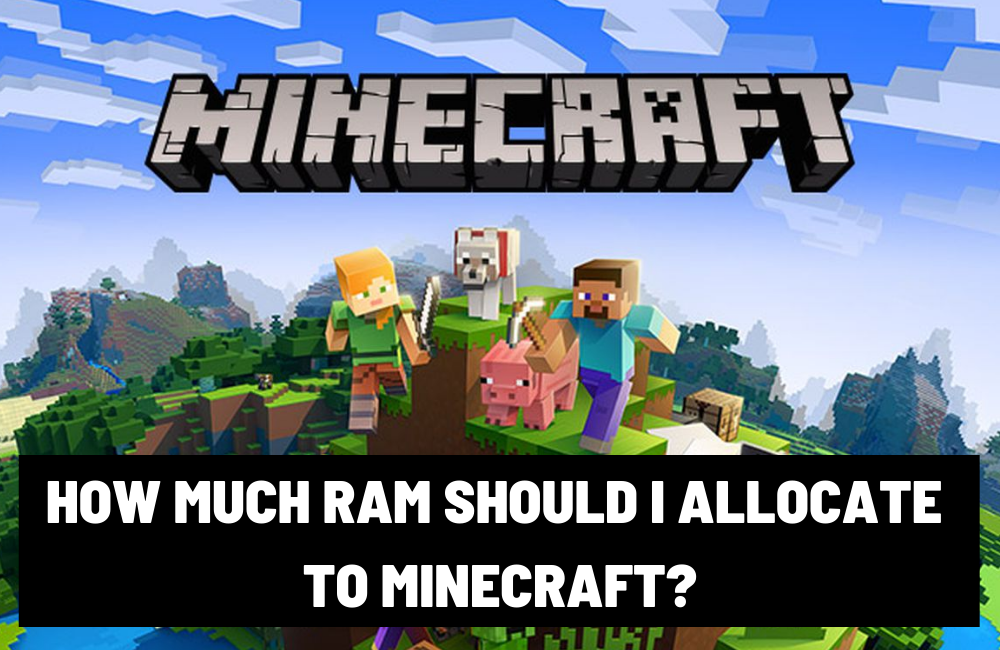 Minecraft is a fun game where the only task is to survive and build a shelter for your survival. You call your friends on your server and play with them.

Apart from this, what makes Minecraft more fun is smoother gameplay. So, to assure that your game won’t lag in time and make your gameplay slower, you need to know how much RAM you should allocate to Minecraft.

So, the first step thing you would ask is how much ram should I allocate to Minecraft?

In this article, we will be discussing how much RAM you should allocate to Minecraft, and how you can do so.

How Much RAM Should You Allocate To Minecraft?

It is very important that you have a desktop or a PC of at least 8 GB RAM because if you are playing Minecraft without mod then the allocation of 2-3GB RAM would be sufficient but if you are willing to play Minecraft with the mod then you must allocate at least 4 GB to 6 GB RAM to it.

If you want much smoother gameplay then allocating RAM to the server along with Minecraft would help a lot. Apart from RAM, a stable and strong internet connection is also important for smoother gameplay.

How To Allocate RAM To Minecraft Using Minecraft Launcher?

Now that you are aware that how much RAM should be allocated to Minecraft, the next thing you would like to know is how to allocate RAM to Minecraft.

To be honest, allocating RAM to Minecraft is no rocket science, except you need to follow a few simpler steps to allocate the primary memory of your system to Minecraft.

How To Allocate RAM To Minecraft Server?

When you are hosting your Minecraft server by yourself, which is in the case of a Private server or connecting on LAN, you have to take care of allocating enough RAM to the game’s server as well.

You got nothing to do except follow the steps to allocate memory to Minecraft Server.

Everyone loves smother gameplays without any lag. The most important factor that ensures it is enough RAM allocation and a strong internet connection.