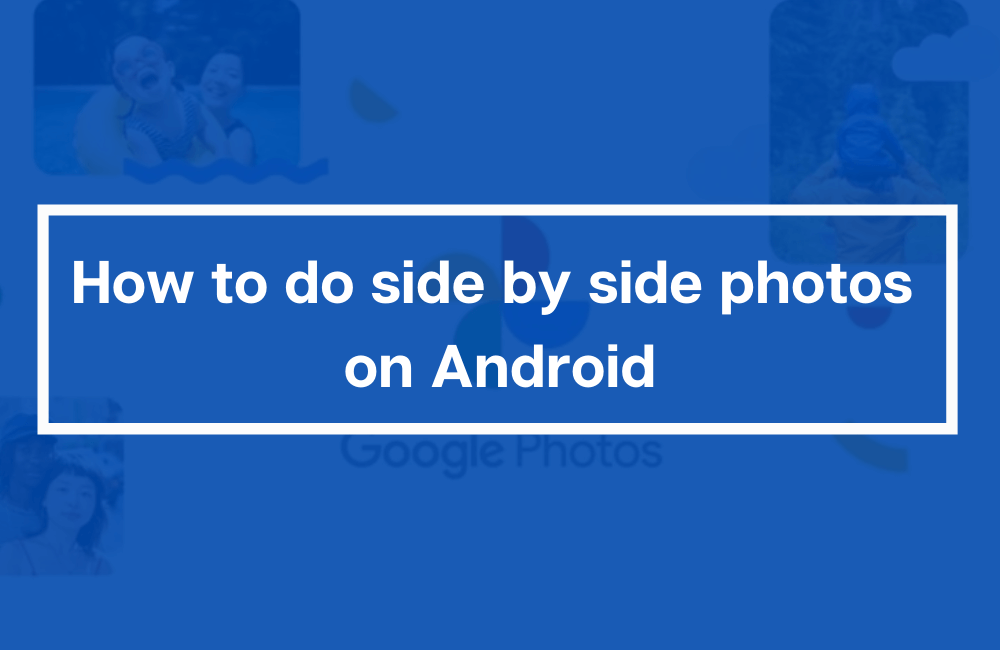 We know that there are a lot of people out there who would want to place two photos side by side and this is why here to tell you how you can also do side-by-side photos on Android.

Now, we are not here to make any presumptions about anything but it is worth noting that there are a lot of reasons why people would like to make a collage.

Also Read: How to make your SD Card default storage on Android

For example, you are doing a weight loss transformation and you want to put your photos side by side to let people see your before and after. This is one prime example.

Another example could be if you want to place your photo along with someone near and dear to you like your spouse, girlfriend, mother or father, or anyone else.

As we mentioned earlier, there are numerous examples that you can think of where you want to do side-by-side photos on Android.

Now, it is important to note that it is definitely possible to place side-by-side photos on Android, and for that, you just need to download a few freely available apps from the Google Play Store and perform this task.

Also Read: How to turn off keyboard vibration on Android

Steps to do side by side photos on Android?

There is a very simple method of doing side-by-side photos on Android and it involves downloading an app from the Google Play Store made by Google, installing them on your phone, and just getting the job done.

As per this method,  you need to download the Google Photos app from the Google Play Store which can be downloaded from this link.

Well, there you go. The simplest and the most effective way of making collages or doing side-by-side photos on Android has been shared by us.

It is worth noting that some of the newer generation Android phones comes with Google Photos app pre-installed so you don’t even have to download the app from Play Store in order to use it.

With that said, if you have any questions about the guide that we shared with you then feel free to comment down below and we will get back to you as soon as possible.