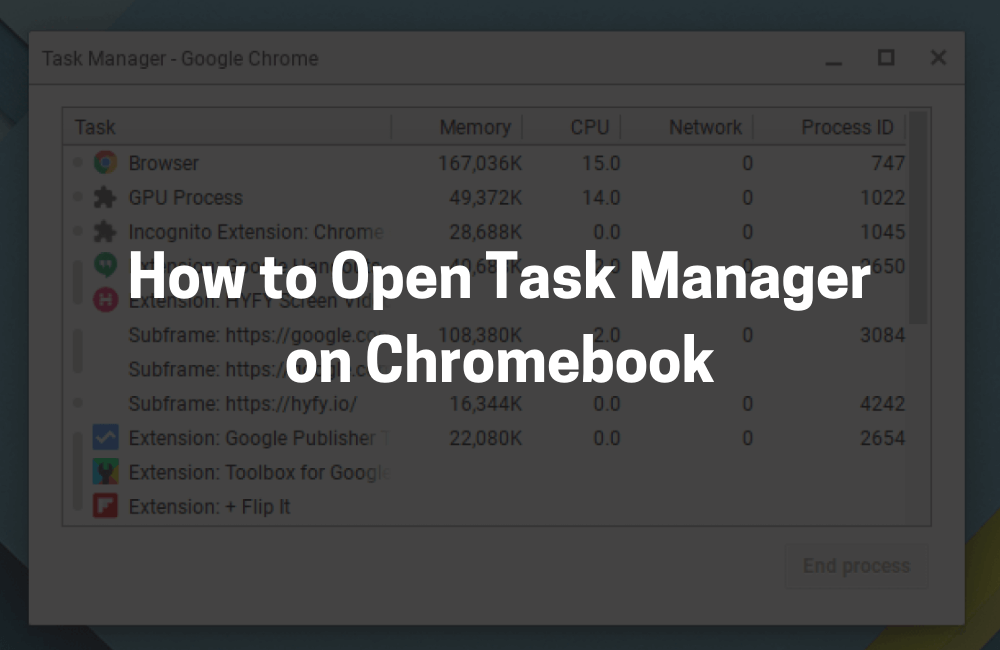 Task Manager is a very important tool when it comes to any device because we can see which application is running and which one is misbehaving right now.

It is found on almost all PCs, Tablets, Laptops, and even Smartphones nowadays and we also know that all of these devices run on different operating systems.

We have the most popular ones which are Android, iOS, Windows, and macOS but it is worth mentioning that Chrome OS has a task manager too.

It is just that the process of opening a task manager on Chromebook is slightly different from what you see on other platforms.

In this article, we are going to show you how to open task manager on Chromebook and we will also focus on how you can perform Ctrl Alt Delete on your Chromebook.

How to Open Task Manager on Chromebook?

You need to first learn how to open task manager on Chromebook and then think about finding ways to use it effectively.

In order to open task manager on Chromebook, you need to follow these steps:

Same as other platforms, the Chromebook task manager will also show you which applications are currently running and also the background processes which are running by default.

How to End Task in Chromebook Task Manager?

As we mentioned above, you can use the Task Manager on Chromebook like any other platform’s task manager and see the running applications as well as end tasks that are overloading the device.

To end tasks in Chromebook’s task manager, follow these steps:

Note that if you see a particular process or application that does not have the end process button then it means that the application is an essential part of Chrome OS.

For that reason, you won’t be able to kill it and it also means that the particular application is not causing the device to slow down.

It is worth noting that you should only end tasks that are not essential to your work because when you end tasks, the data might be lost.

Also, feel free to comment down below if you liked this article and it helped you in making the Chromebook faster.

Do share this article with your friends who also have a Chromebook so they can also know how to use the Chromebook task manager.