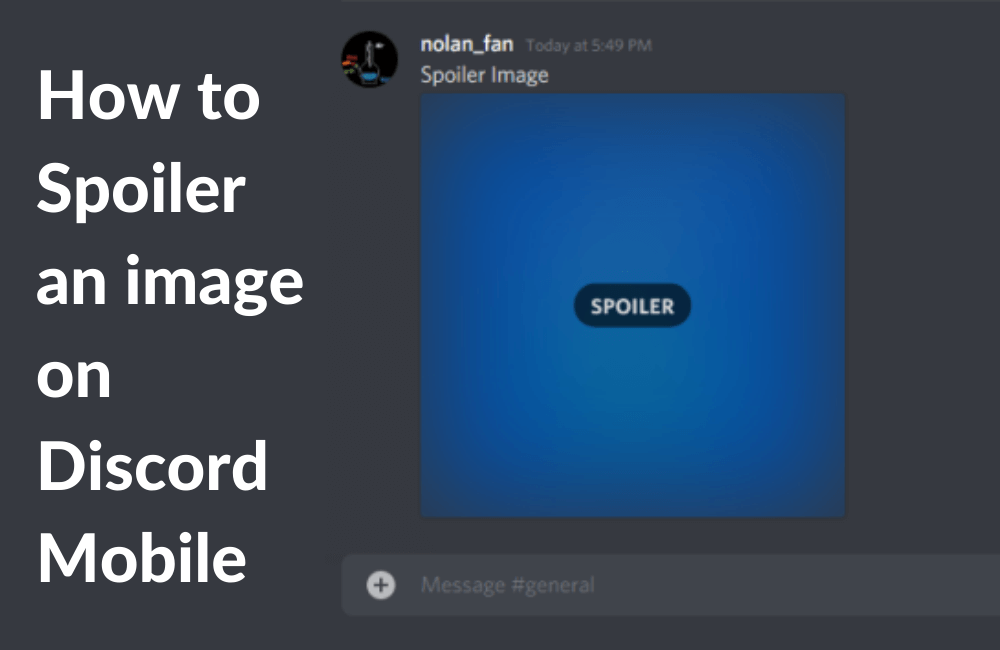 In this article, we take a look at how to spoiler an image on Discord Mobile which basically covers both iPhones as well as Android phones.

As we already know, Discord is used by millions of people every day and it has gained quite a lot of popularity over a very short period of time.

You can use Discord to chat with friends while playing games as well as use options such as voice calling and video calling.

Apart from that, there is one really interesting feature on Discord which is spoiler tags.

Basically, spoiler tags should be added whenever you don’t want people to see the image unless and until they really know what they are seeing.

Also Read: How to download Discord Profile Pictures of other users

For example, if you are watching a movie or playing a game and someone shows you what comes next then that is a spoiler image.

It is basically spoiling all the fun that we would have got if we had watched the movie or played the game and then seen the image ourselves.

How to spoiler an image on Discord Mobile?

So, in this article, we are going to show you how to spoiler an image on Discord Mobile which means how to add spoiler tags to an image on iPhone or Android phone.

On mobile, the way to spoiler an image is a little more tricky than you would do on a desktop so we are going to show you how to do it.

In this article, we have mentioned how to spoiler an image on Discord Mobile which includes both iOS and Android devices.

Basically, this guide will remain the same for Discord Mobile since the Discord app is mostly the same across devices.

Some users have complained that this method does not work but we would like to tell you that this does work.

According to the users, the spoiler is marked on the image but when they send the image then it is sent as a normal image.

During our testing, we got it to work on multiple devices from our teammates so we don’t know if this is a Discord bug or something else.

If it doesn’t work for you then do let us know along with the device and your operating system so we can figure out what the issue is.

Feel free to share this article with your friends and family who are also looking for tutorials on how to spoiler an image on Discord Mobile.