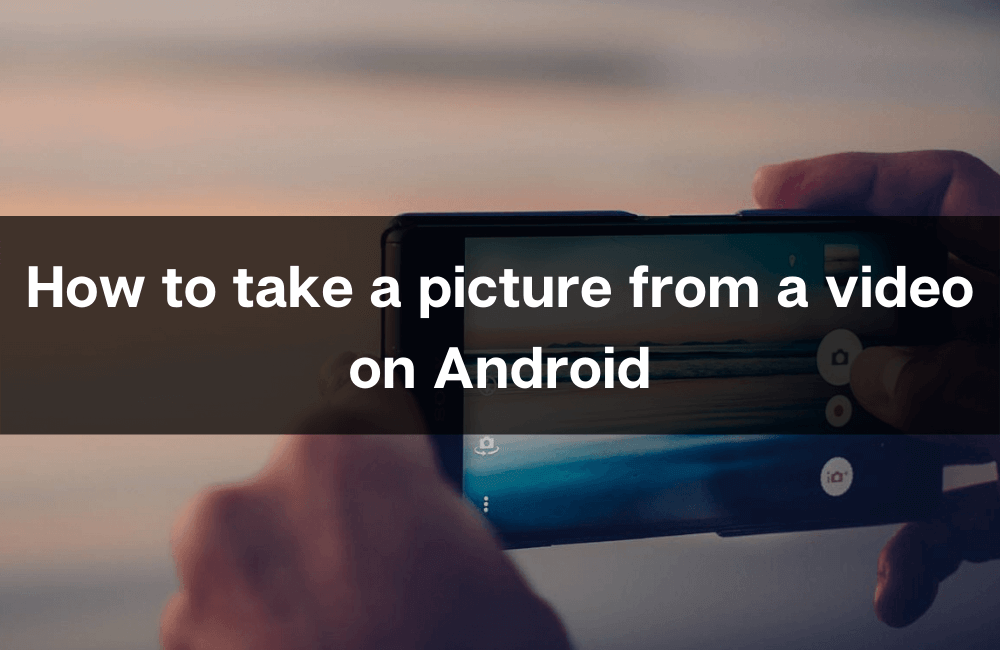 It is quite easy to take a still photo from a video on an Android Device. You have multiple options to do so.

You can either take a still photo from a video on your Android phone using the gallery app.

You can either use a third-party app to capture a photo from a video. Android phones even allow you to take a photo while record video.

In this article, we will be discussing them all.

Capturing A Photo From Video Using Google Photos on Android

You can easily capture a photo from a video using your gallery app on your Android phone.

You will be able to find the photo that you took from the video in the gallery app.

Capturing A Picture While Recording The Video

Instead, what you can do is open your camera app on your Android phone, and start recording the video.

Of course that you will be doing it already if you want to save a picture while recording.

While you record the video, you will see an image icon at the bottom of your screen. Click on this icon will take a photo while recording the videos.

Also Read: How to perform Inspect Element on Android

Using Third-Party Application To Take A Photo From Video

You can use third-party applications and a video editor like Kinemaster to take a photo from the video.

While editing the video, you will see an icon to capture the photo, which will be present just above the settings. Clicking on it will open a list of functions to perform.

Click on capture and save, and this will take a snapshot from the video, and save the image to your gallery app.

That’s how you can take photos from videos or while recording videos on your Android phone. Hope this article helped you out. If the steps mentioned above were helpful, then do let us know in the comments section.