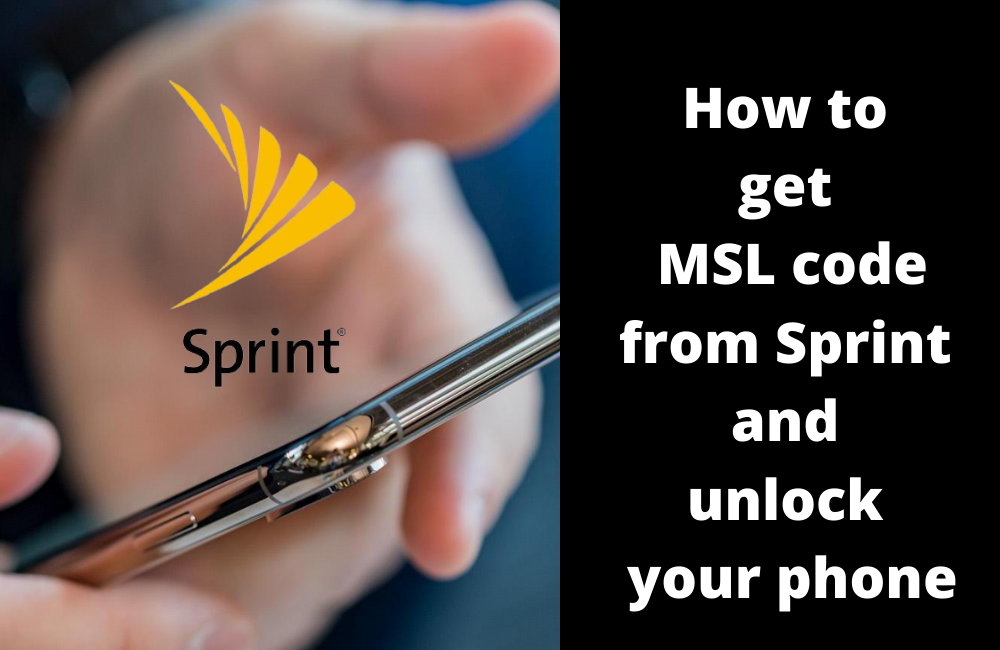 We all know that in the United States and some other countries around the world, there is a trend of using carrier-locked phones.

This means that if you buy a carrier-locked phone from someone like Sprint, you will not be able to use any other carrier network on that phone.

Now, the workaround to that is if you unlock the phone which lets you use any other network apart from the issuing carrier.

However, the problem is that unlocking your phone from an issuing carrier is not easy and you need an MSL code for it.

The Master Subsidy Lock Code, known as MSL code, in short, is a code that lets you unlock your phone but carriers tend not to give that code to device owners easily.

In this article, we are going to discuss how you can get your MSL code from Sprint and unlock your phone to use it with other carriers of your choice.

How to get MSL code from Sprint and unlock your phone

As we mentioned earlier, calling Sprint and asking them for an MSL code to unlock your phone will definitely not do the job.

And we will tell you the reason for that as well.

Believe it or not, the carriers like Sprint actually subsidize the phones they sell and give it to their customers at a loss for the carrier.

However, they are hoping that their loss will be compensated when the owner uses their subsidized phone for the contracted period and they make money from service charges.

Now, if you want to unlock the phone and ask Sprint for an MSL code, they will not give you the code because that will mean their service charges are gone and they won’t be able to recover from the losses of their subsidized phone.

But also note that if your contract period with Sprint is over, you are well within your rights to ask for an MSL code from the carrier and they will have to give it you as well.

Use the CDMA workshop method to get your MSL code

There is a method of finding your MSL code right from your device itself using the CDMA workshop technique.

But people are calling it sketchy because of the fact that you are going deep into the carrier settings in order to get your code.

And the fact that you are not getting the code directly from your carrier means that your carrier such as Sprint does not know that you have unlocked your phone.

Must Read: How to root Kindle Fire 2 without PC

However, we can say that this method is risk-free because it does not involve getting root access to your device and you don’t need to ask Sprint for it.

So let’s get started with this method of getting the MSL code:

Note down your MSL code and you will now be able to unlock your phone from Sprint and use any other carrier of your liking.

In this article, we have given you a working method to get the MSL code of your device on the Sprint network and unlock your phone using the same.

However, we are also hearing about reports that MSL code is no longer enough to unlock your phone in the first place.

The carriers have become smarter and they now require you much more than an MSL code to unlock your device from their network.

But we have also seen people mention that they are trying to get an MSL code in order to unlock their hotspot settings, internet settings and even change from CDMA to GSM on their phone.

Some users have also reported that they were able to get their MSL codes directly from Sprint customer care executives after they convinced them that the codes were needed for the right purposes.

Do let us know if the MSL code method worked for you and you were able to unlock your phone or at least change some of the settings using this method.

Abhishek is the Founder, Owner, and also Chief Editor at TheAndroidLab and he looks after all the daily stuff that takes place here. If you have any queries related to this site, you can contact him via email at [email protected]om or on his Twitter handle.